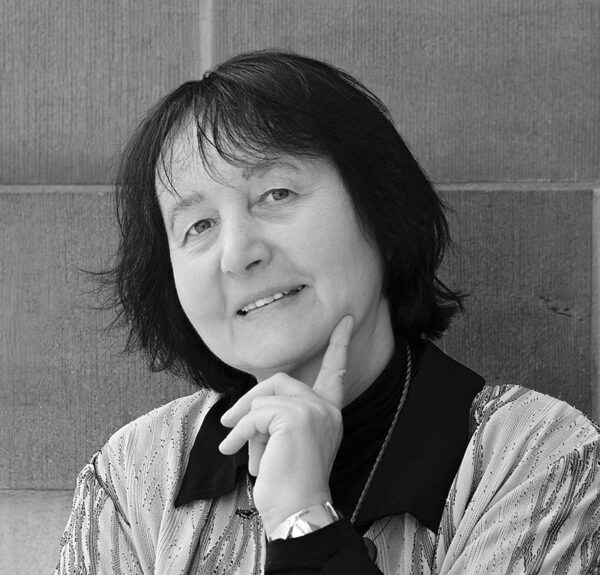 Sontraud Speidel was born in Karlsruhe, Germany, and started piano lessons at the age of five. At the age of eleven, she entered the Hochschule fuer Musik Karlsruhe where she studied with Irene Slavin (a Russian pedagogue) and Yvonne Loriod-Messiaen. Then followed studies with Branka Musulin in Frankfurt, Germany, Stefan Askenase in Brussels, Belgium and Géza Anda in Luzerne, Switzerland. After winning various awards in Germany (amongst others at the age of 16, the first prize in a competition including all schools in Germany), she won the first prize of the Johann Sebastian Bach International Piano Competition in Washington D.C. She is also the recipient of the Boston Symphony’s Jackson Prize for Modern Music and Italy’s Ettore Pozzoli Prize.

She has conducted master classes iin Maryland, Tennessee, Alabama, Hawaii, Washington, Minnesota and California as well as master classes in Germany, Vienna (Austria), Israel and Greece. In 1979, she was invited by former Chancellor Helmut Schmidt to perform at the Palais Schaumburg in Bonn.

Composers such as the most significant Greek master Yannis Papaioannou, Eugen Werner Velte, Violeta Dinescu and Kurt Hessenberg have dedicated piano works to Sontraud Speidel. She also plays piano music which has been neglected (Fanny Hensel, Clara Schumann, other women composers; Johann Nepomuk Hummel, Theodor Kirchner, Carl Reinecke) and is active in several chamber music ensembles (e. g. duo violin-piano, piano duo, where she performs and records much symphonic music in transcriptions: e. g. Bach-Reger, Schubert-Schoenberg, Mahler-Casella, piano trio with violin and cello, chamber music with the Wind Quartett of the Baden-Baden Radio). In March 2000, she received the award “Silver Medal for Services for the City of Vienna” from the Government of Vienna, Austria, “honoring her outstanding performances”. In 2001, she became the music director of the newly-installed festival “Clavissimo” in Seoul, Korea. Since 2002, she is music director of the International Piano festival Taiwan in Taipeh. In 2003, the International Vienna Music Seminary honored her with its highest decoration, the Josef Dichler Gold Medal.

She has recorded more than 50 commercial CD’s. She was the first pianist to record works for piano solo by Fanny Hensel, the sister of Felix Mendelssohn Bartholdy: in November, 1999, she recorded newly discovered piano works of Fanny Hensel. Her recording of all the works of Reger for two pianos, together with Evelinde Trenkner, was awarded with the first prize in the category “Solo Instruments” of “Audiophile Reference”. In 2019 their recording of Mahler´s 5th Symphony was awarded with the Opus Klassik Preis.

Sontraud Speidel is currently Professor of Piano at the Music University of Karlsruhe, Germany. Sge also chairs PIANO-PODIUM, an association which has more than 850 members of pianists, piano teachers, students and piano fans; she also promotes young talented pianists, and is dedicated to research work in piano pedagogy. Many of her students have won numerous prizes in national and international competitions.

In 2005, Sontraud Speidel was awarded with the “Bundesverdienstkreuz der Bundesrepublik Deutschland” [National Award of Germany].