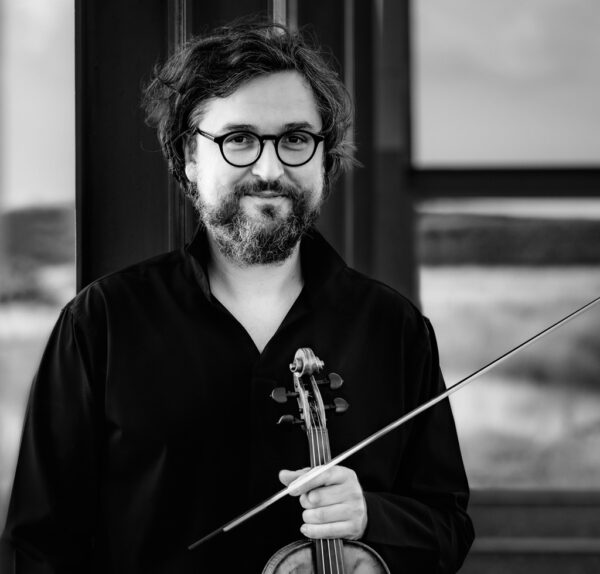 One of the most versatile violinists of his generation, Stefan Hempel won numerous prizes in competitions such as the Max Rostal Competition, Michael Hill International Violin Competition New Zealand and „Schubert und die Musik der Moderne“ in Graz, Austria.

Since 2009 Stefan Hempel is violinst of the Morgenstern Trio, one of the leading piano trios and performs not only on the European stage (Philharmonies Cologne and Berlin, Laeisz Hall Hamburg, Musikverein Wien, Concertgebouw Amsterdam, Pierre Boulez Hall Berlin) but also in America (Kennedy Center, Washington D.C. and Carnegie Hall and Lincoln Center, New York City). Winner of the „Kalichstein-Laredo-Robinson“-Award, the trio performed in South Korea and Taiwan in 2017. Numerous radio recordings and CD productions give evidence of the ensemble’s exceptional quality.

Stefan Hempel was First violinist of the Chagall Quartet from 2001-2009, awarded with prizes at the German Hochschul Competition in Frankfurt and the International Joseph Joachim Chamber Music Competition.

He studied violin with Stephan Picard and chamber music with Eberhard Feltz at the „Hanns Eisler” Hochschule in Berlin.

After teaching in Berlin and Stuttgart, he became one of the youngest full-time professors in Germany when in 2019 he was appointed at Hochschule für Musik und Theater Rostock. Many of his students are now prize winners and hold prominent positions in renowned German orchestras.

He gives Masterclasses in Germany, France, Italy, Japan, China and the U.S. and is a jury member in international music competitions.